All Contract Actions can be used on different portals and wallets. This is just an example on bloks.io

If you want to stake to yourself on blocks.io go here: 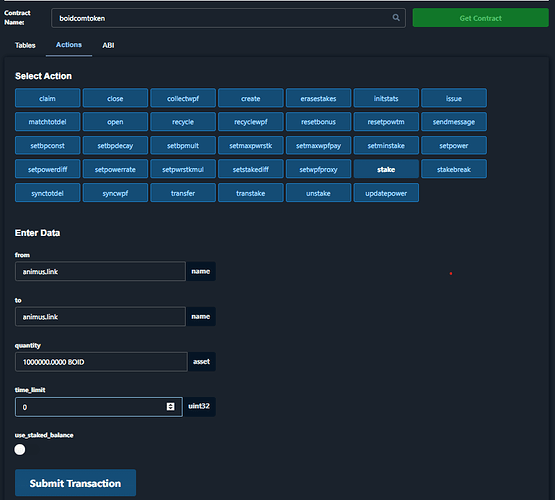 As you can see from the Select Action area - stake is chosen.

Fields from and to is where you type your name of your EOS account.

time_limit is counted in seconds(!) and when you type 0 it will mean unlimited time until you use unstake option. If you make a mistake with the number of seconds you may even lock your BOID tokens for 100 years!!! So don't make a mistake!!! use_staked_balance - when you tick this option it will use your staked BOID tokens and stake them to chosen account.

Remember if you have issues with your CPU you can use free TX option on blocks.io

With action stake still chosen. In to field where you type your EOS account name - change it to account name of the user you want to have your BOID tokens delegated to. Remember about typing quantity in right format and time_limit in seconds. 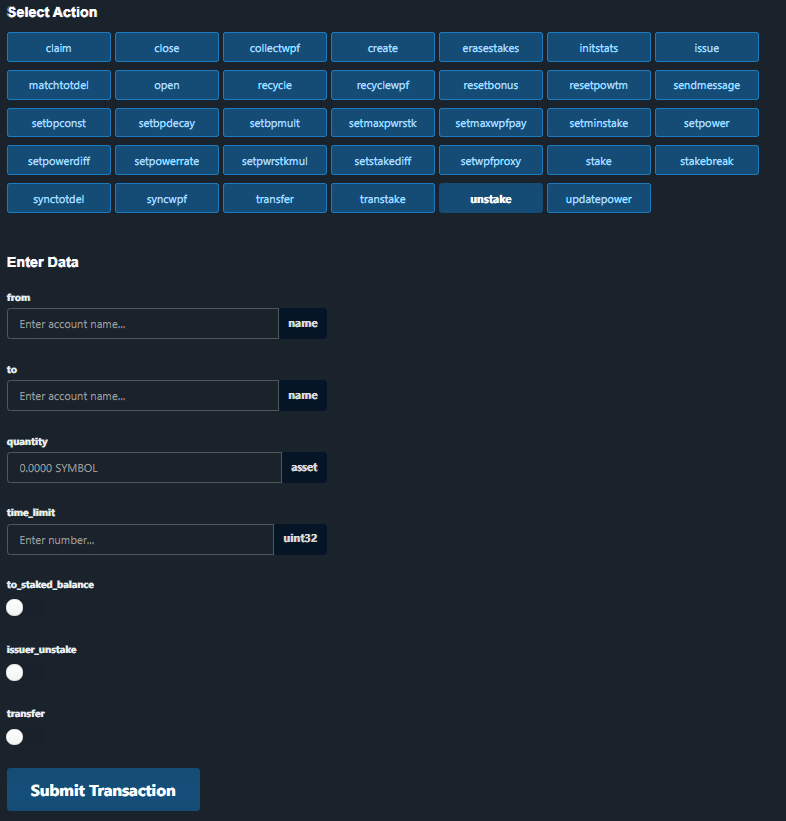 Everything is the same as in stake except:

Stakes and transfer stakes should represent an equal-value transaction between the delegate and the delegator.

Stake to a Boid leader to proxy your votes or to allow them to collect bonuses for the benefit of your tribe. 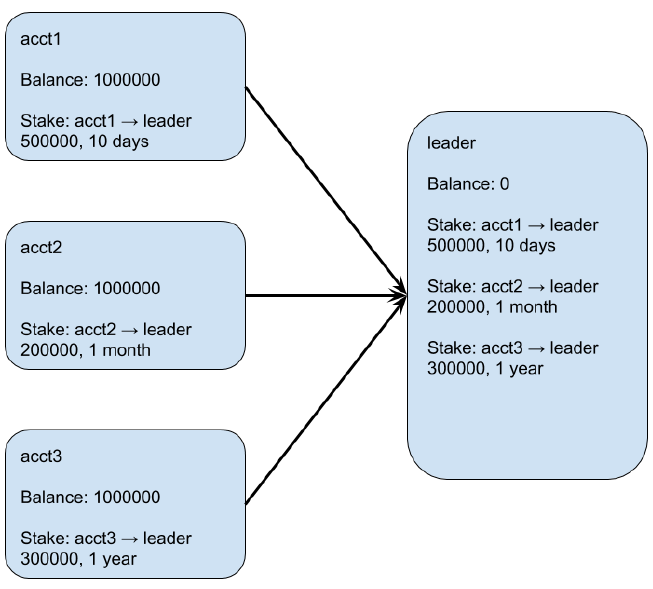 Transfer a staked reward to top contributors. Keep the reward locked for a period of time that seems fair.

The main difference here with example 1 is that the pool account may have more democratic permissions. 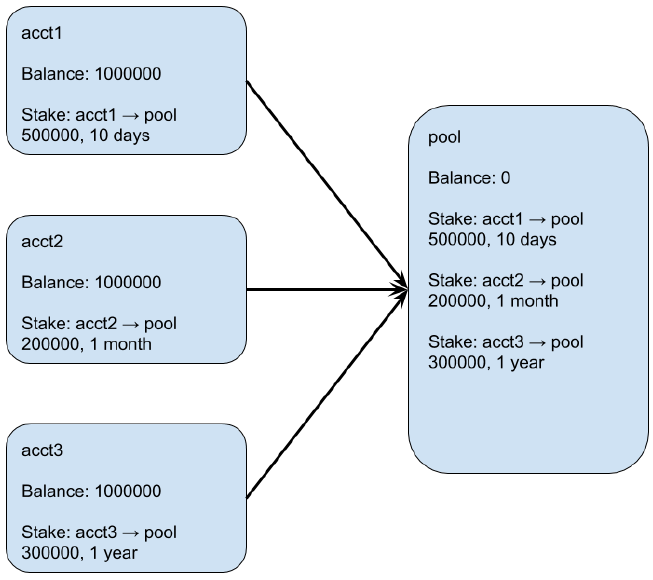